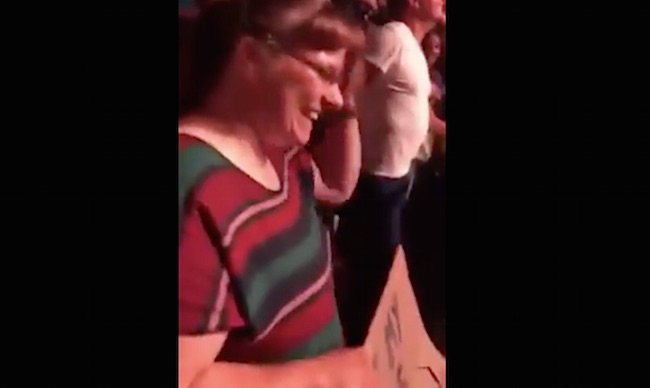 September 1 was a banner day for Gale and her six-year-old son—from morning to night good news swirled for the pair who had been dealing with cancer for a year.

A couple days earlier West Jet airlines had donated tickets for Gale’s husband and her sons so they could fly in to be with the rest of the family at the Alberta medical facility where Mason was being treated. The Ronald McDonald House Charities posted about the gifted plane tickets, along with a photo of the family, on Facebook.

Canadian Karyn Louise saw the post and reached out to the family to offer two tickets to a concert in Calgary on September 1st: “I’d like to treat you to a date night… I have two Garth Brooks tickets if you are a fan and can get away for a few hours on Friday night. I had planed on donating them to Ronald McDonald house and I would love for you to enjoy them.”

That was also the day the family got the news they’d been waiting for: Mason is officially cancer free.

With his immune system degraded, he couldn’t attend the show, but Gale took a cardboard sign, along with a friend, to advertise her good news in front of the country singer. She didn’t think the day could get any happier, but then Garth Brooks stopped the show, engaged her with some questions, and then offered a beautiful gift on the spot.

RELATED: He Proposed During Garth Brooks Show, Singer Stops Mid-song and Offers to Pay For Honeymoon

Melanie Donnelly was at the show and reported on Facebook, “There wasn’t a dry eye in the place!!”

(WATCH the uplifting video below)